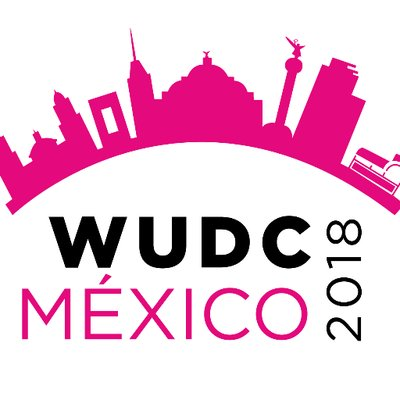 The World Universities Debating Championship (WUDC) is the largest English-speaking debate competition in the world.

The WUDC has been held annually since 1981. Every year the WUDC takes place in a different country and is hosted by a different university and by different debate societies. The tournament gathers students from prestigious universities around the globe, featuring over 400 teams from around 90 countries.

The tournament lasts a week filled with the best level of debate rounds in the world. The debates employ the British Parliamentary (BP) format in which four teams compete against each other on two opposite positions on a given motion, which is announced fifteen minutes before every debate. The competition is run in nine rounds under a Swiss system where teams of a similar level face off against each other until the best forty-eight break to the direct elimination rounds. The best English-as-a-Second-Language (ESL) and English-as-a-Foreign-Language (EFL) teams enter their own elimination rounds.

The championship also features a Masters competition, which features a format chosen by the host organizers. The Master's competition is open to judges, members of the adjudication core, and organizers. There is also a Public Speaking Competition that consists of participants presenting a speech on a given topic with just a few minutes beforehand to prepare it.

"Worlds", as the WUDC is commonly known, crowns the winners with the title of World Champions. The event also prizes the winners of the ESL, EFL, Masters and the Public Speaking Competition categories.

Despite the international nature of the event and the participation of teams from Spanish-speaking countries in the competition, this is the first time in the history of the event that such a country will host the Championship. This testifies to the increasing internationalization and impact of the WUDC on the world, and will also serve to promote debate as an activity in Mexico.

The Monterrey Institute of Technology and Higher Education Campus Santa Fe (ITESM CSF) will be the host of the 38th edition of the World Universities Debating Championship, which will be organized by the Mexican Debate Association (AMD) with the support of the ITESM CSF, and other sponsors from the private and public sectors.

Is this your Event?

Claim your Event to immediately update Event information, respond to reviews, and more!